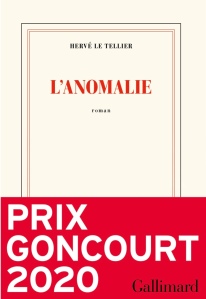 Affirmitive, Air France 006 mayday. I confirm the transponder is on 7700, we’ve come through a huge hail cloud, the windshield is cracked, the radome is probably damaged….
Air France 006 mayday, from Kennedy Approach. This is Air Traffic Control, what is your captain’s name please?
Markle sits there mouth wide open. No controler in his whole career has ever asked him a pilot’s name.***

Air France 006, piloted by captain Markle on one of his last flights before retirement, comes through a momentous storm and carries out an emergency landing on the 10th March 2021. As the book slowly develops we zoom in on a number of people whose only link was to have been on this flight. There is Blake, a meticulous and successful french contract killer. There is Lucie Bogaert a successful film editor who has been slowly courted by the older architect, André, but who after her trip to New York becomes disillusioned with André, at the end of this chapter the police come to fetch her.

And then in June, as illustrated in the opening quote, Air france 006 piloted by captain Markle appears out of nowhere in a clear sky, the same pilot, the same plane and the same passengers, Markle is passed from Air Traffic Control to Special operations FAA then to NORAD and is guided to a secret airforce base for landing.

The strength of the book is not to deal with how or why but to follow the people as they are prepared for and then brought to meet their other selves, and so yes, how will they react? What will they do? For instance Slimboy June hasn’t known the success of Slimboy March. Victor Miesel hasn’t written a successful book and Lucie June is still in love with André. And what about Blake?

This highly enjoyable book explores the worlds of a dozen or so passengers on this flight. And how was the US able to react so quickly when Air France 006 June appeared and what is the protocol 42?

The quote as read in French before translation