-You’re a pain in the ass you know
that had surprised her, since Deb nobody had used these words on her and he had pronounced it with the same intonation as Deb as if she had been reincarnated in Raphael but without the friendship…. 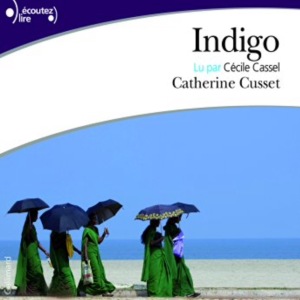 -it’s funny you should use those words, I had an American friend who use to say just that to me in French; you’re a pain in the ass
-it must be true then he chuckled, are you no longer friends?
-She killed herself six months ago
-You were that much of a pain in the ass?***

Catherine Cusset’s novel takes place in the south of India, an area where France has historical links via its trading posts in Mahé and Pondichery, and around a cultural festival organised by the Alliance Française in Trivandrum. The story concerns four French people and their reasons for being at the festival. Charlotte, late forties,  who lives and works in New York, leaves her husband and children for a week to come to this festival trying to find a sort of internal peace that has escaped her since the suicide, in India, of her friend Deb. Roland Weinberger, an egocentric successful sixty something author living with a much younger Italian, he too is there for another reason, to try to meet the only woman that had ever left him. Raphael, who has written a very troubled autobiography concerns nag abuse as a child but he has changed all of the names and then Finally Gerlaldine who lives in India, is married to an Indian and works for the Alliance Française, she is the organiser of the festival.

The festival takes place the year after the terrorist attacks in Bombay amid heightened security. As time moves on the protagonists slowly lose their bearings, Gerladine is drawn to Raphael whom she recognises from her youth where she had a holiday home near his family home in Brittany and recognises his family from his book.

-The car followed the deserted road towards Trivandrum, towards her apartment towards her happy and peaceful life which she had just brushed aside for a minute of absolute happiness as you would impulsively pull a cloth from a table, adulteress, there was something old fashioned about this name, even melodramatic they made her smile, because she had brushed nothing aside, the two realities coexisted without contradiction, she was Joseph’s mother, the Muslim wife of Intiaz and she was also…….the woman who had just made love with this man twenty five years later.***

Roland who has lived his life so far, discarding women when he is ready to move on in life, is drawn to this one woman who discarded him as a young man and goes to the town she lives in to meet her. He is at first annoyed to see that she has not come to the meeting but sent her mother instead, and of course it’s not her mother…..

The book ends with a tragedy, with one of the four drowning, but you will need to read to discover.

This book is a slow study of character and interaction, Which I listened to on audio and which happily shortened my commute.