Grangé is ‘the’ French thriller writer, many of his works have been filmed, most famously ‘The Crimson Rivers’ featuring Jean Reno and Vincent Cassel. 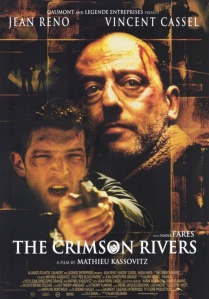 Grangé has sold more than 3.5 million books in France and more than 5 million world wide.

So this week I went back to one of his earlier page-turners that has not been translated into English ‘La Ligne Noire’ or ‘The Black Line’ published in French in 2004, considered by some as his best book, “Somewhere in South East Asia between the Tropic of Cancer and the equator, there is another line, a black line, marked out by dead bodies and fear”

I had read a readers comment that said “The presumed killer is completely crazy and the journalist is no better!”  Which I would consider a fair comment. 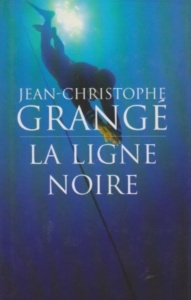 First of all this is a long book 600 pages, but 600 pages of guilty pleasure (well it is a thriller). As could be expected of a good thriller, most of its characters are flawed, and the prime suspect is so obviously guilty that there has to be a sub plot, and of course there is. The book is about tragic events and multiple personalities, as the maim character, Vincent, by taking on the identity of a woman, Elizabeth, tries to get close to a psychopathic killer, Jacques Reverdi, who is in prison in Malasia for murder. Manipulation, treason and a particularly horrific murder ritual, with of course the twist at the end.
This book would of course sell in English!