Having entered Spanish Literature into my WordPress reader, I came across the Spanish Lit month 2015. In for a Peseta in for a Pound I thought so here we go.
I chose the Stein Report, this medium length book drew me in so that I read it through in one go! 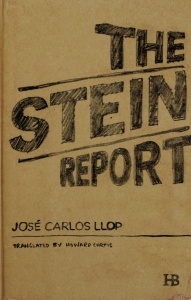 Llop’s book is set in Mallorca in the sixties and concerns a schoolboy whose name we finally learn almost at the end of the book is Pablo, until then in the school surroundings he is only ever referred to as Ridorso. Ridorso’s world at the beginning of the book is best described by his classmate Palou, “To Palou, balance was the key to life, a natural balance of which only he had the measure: to Palou, it was terrible to throw things off balance, something to be condemned for without benefit of trial.” Into this world of balance appears Guillermo Stein.

Ridorso, his friends and the entire school are drab and colourless, “We didn’t wear uniforms in our school, but we might as well have….Our sweaters were navy blue, gray orbrown,” Guillermo Stern was different “Guillermo Stein wore sweaters that were red like his rain cape, green like the glass in olive oil bottles, or yellow like the stripes in the courtyard…..Stein was blond and had blue eyes with copper flecks. None of us was blond. None of us had blue eyes with copper flecks.”

The underlying story of this book is the balance and silence in the adult world concerning the events surrounding the civil war in Mallorca and the complex relationship with Italy. Why does Guillermo live with his grand-parents? Why are his parents only a string of post cards received from different cities? Sterns appearance will eventually pull the schoolboys into the adult world of secrets and Ridorso will become Pablo. 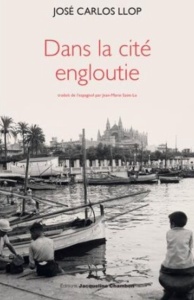 One thought on “José Carlos Llop ‘The Stein Report’”