From his youngest age, Henning had become used to considering everything he did, said or even thought as an attack on his mother’s happiness. He often regretted being alive.*** 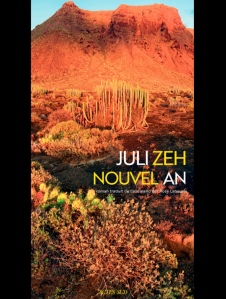 As the book starts, Henning is on holiday with his family in Lanzerote. We’ve all been on these holidays, on one side of the divide or another where you just have to get away from the people you came with, to get some fresh air, to calm down or whatever. Henning without thinking too much about it gets on his bike and starts peddling outside of their rental, he doesn’t take anything with him, such as water or whatever and heads uphill. This is Lanzerote hot even in the winter, and when you set off uphill, well it just keeps going up. Henning is young still and needs to use up energy. Young children can be so frustrating, his wife isn’t happy having Hennings sister staying at theirs whilst they are away, keep peddling!

As he eventually runs out of steam and just makes it to the top he feels foolish not having any water and stops to knock on an isolated door to ask for some. Then something strange happens to him, he slowly recognises this house and deep seated memories come back to him, he is a child and slowly an event no body has ever spoken to him about comes back to him:

The next morning mum and dad are no longer there. When Henning gets up, Luna is still asleep. He crosses the corridors which, in the light of day have found their normal size, and the main room bathed in sun. As often at this time of day, the wooden door is open to let in the cool breeze. Henning continues through to the kitchen – in the morning there is a sweet smell with a bitter trace of coffee, and mum is usually washing plates in the sink or laying out the crockery on a tray for breakfast. But there is nobody in the kitchen, he can smell nothing. When this happens his parents or on the patio. Henning walks back across the main room his naked feet going flip flop on the cold tiles. He walks outside through the wooden door it’s very hot and the light is blinding. He walks around the edge of the patio, one edge of which is protected from the wind by a wall and from the sun by a wooden roof where there is a large table with stone benches, that’s where they usually have breakfast. The table is empty. No sign of mum or dad.***

He and his baby sister were found abandoned after several days alone in the house, a harrowing experience that has and still unbeknown to him effects his life today, his feelings for his mother well up in him, epitomised by the opening quote.

This experience brings him to speak to his mother, why had she never mentioned this? And to begin to understand the mess his sister’s life has become and that he must stop protecting her at last if she is to flourish.

As good as ever from Juli Zeh, why she is translated so little into english beats me.

First Published in german as “Neue Jahr” in 2018, by Random House
Translated into french by Rose Labourie and published as “Nouvel An” by Actes Sud in 2019
*** my translation