“Apparently she was waiting for one of your customers”
“That’s what I was told, and that she pointed her gun at someone. Is that true?”
“You didn’t see it?”
“No.” 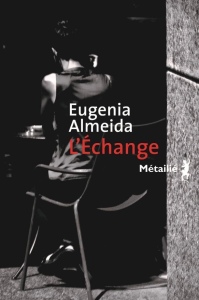 There is a point in time when you can hear the first fracturing sound of an avalanche. Except that the slide can follow in the next second, or years later.
“What was the name of the man who left the bar?”
“How should I know?”
“He wasn’t a regular?”
“No.”
“Could you describe him?”
“I don’t look at my customers in order to make artists’ impressions of them. And are you sure he left the bar?”
“Absolutely. And so are you.”

The book, read for “Spanish and Portuguese lit Months” begins with a clear suicide. A woman in  Plaza Herral aims a gun at a stranger, after a brief exchange which no one hears, the stranger walks away and the woman shoots herself in the chest and dies. This has all the hallmarks of a suicide and of the police only one of them looks at this in any detail and as he tries to understand what has happened, he quickly understands that nobody has seen anything! as illustrated above by the questions asked to the bar owner on the square who knows nothing but who involuntarily confirms that the man who had the brief exchange with the woman had come out of his bar.

This book is a general study of Power and corruption, applied here, in particular, in Argentina. The police are quickly ordered to stop investigating  and to close the case as a suicide. Following a visit by the minister, see the following quote. But a reporter Guyot, who is friends with the detective in charge at the station, Jury, continues to investigate and is fed information by the police team unhappy at having been ordered to stop.

“As it happens, the blond haired image consultant suggested to the minister to make a list of the sensitive cases.”
“There going to fire people?”
“Here? No way! If they had to get rid of all of the dirty cops….and you know which of our cases they chose?”
“The girl?”
“yes….”
“It seems that when Fierro wanted to to know a bit more, The story of the bloke came out. But whe he was told the name of the bar he said no, not that case, for a suicide it’s not woth the bother.”
“The misister’s would’t be a regular?”
“Either way he knows something.”

The journalist Guyot had lost his wife years earlier when she had been shot to death in her home during a burglary when nothing had been taken, where he had come to know the detective Jury. As Guyot delves into the case, unravelling the story from next to nothing, people around him who may know things begin at first to have accidents and then are clearly killed. Almeida gives a credible description of the men with the power behind the scenes who did not completely dissapear with the dictatorship and who are still pulling the strings, she also draws a picture of the ambitious ex policemen looking to survive and who are happy to carry out executions that are never asked for but only hinted at. But incidentally if people aroung Guyot are eliminated as he advances, including policemen, why don’t they just eliminate Guyot? And why did the girl kill herself.

A highly efficient police investigation novel, peeling back the layers of Argentina’s present to show the ongoing links with the past.

Site Title
viensdacheterunID3
Just got an ID3
a rambling collective