–Today’s news is the prawn warning. It’s in all the papers, and not only in the local pages for Rome. Killer prawns from Louisiana. 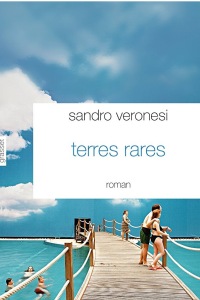 There is a worrying tone to the articles because this particular strain, imported from Louisiana about fifteen years ago by a farmer from lake Bracciano, has flourished in the whole of Latium thanks, if would seem, to its exceptional reproductive ability. From ditch to ditch, from irrigation channel to irrigation channel they have advanced to the Malagrotta waste dumps and from there, once again according to the press, last night they launched their assault on Rome by crossing the Via Aurelia at the thirteen kilometer marker.***

Pietro Paladini, the main protagonist from Veronesi’s previous book Quiet Chaos, who lived in Milan and which concerned a reaction to the sudden loss of his common-law wife Lara, finds himself several years later in a seemingly stable situation living and working in Rome. As with the opening quote, where there is in fact a rational explication, to the irrational newspaper article, all is not as it seems, there are indications waiting to be read of the instability of his situation. Firstly he has a steady relationship with a woman of his age, D, but keeps his life with her separate from his life with his daughter:

–Nevertheless, whilst I feel a tenderness towards her, hold her in high esteem,  feel a need to protect her, share a complicity, respect, besides a physical attraction that can’t be ignored, all of these indications have never converged to a shining cohesive whole. I don’t believe that I love her, you see, at least not in the traditional sense of the word and I do not think that she loves me.***

Pietro works with an old school friend of his, Lello, whose company repossesses luxury cars which Pietro then sells. Suddenly one day Pietro’s life falls to pieces, all is not as it seems, when, as for the first time, he is asked to recover a car from a young starlet who escapes from him at high speed and as he pursues her, his world begins to unravel. He is stopped by the traffic police for speeding and is found to be over the limit, in quick succession he loses his driving license and his telephone, his daughter leaves home, D leaves him and Lello disappears as the fraud squad take over the company’s offices.

Pietro then decides to disappear and is slowly forced to review the whole of his life beginning even before the death of Lara, his relationship with his wealthy father who ran off to live in Switzerland with the nurse he had hired to care for Pietro’s mother in her final illness, with his daughter who has not fully come to terms with her mother’s death, with Lello who had used him without his knowledge as a respectable front for his criminal business, even up to his own represssed love for another woman and as he is eventually forced to understand:

–Humility is being humble with those that humiliate us.***

This story is full of anecdotes linked to the previous book, it can be read independently but is better read after the Strega Prize winning Quiet Chaos.