Christiane organises a week-end in the country with old friends for her brother Jörg this, however, is no ordinary week-end, her brother Jörg is one of the last of the RAF terrorists detained in German jails and freed by presidential decree after 20 years.
The old friends are of course just that! Since their university days of fashionable contention of state and society, they have all prospered within that society.

Two much younger outsiders join this group, Markus for whom Jörg can become a spiritual leader for a new group of younger revolutionaries and Ferdinand who has a secret and who cannot understand Jörg’s past actions and present state of mind.

Tension builds as the week-end advances and Jörg’s ideas are shown to be out of step, frozen for twenty years as life has gone on without him:

-I know we were wrong and we made mistakes…..we had to fight, our parents just adapted and avoided resisting – we didn’t have the right to repeat their mistakes…..we couldn’t just stand by and watch as kids were killed by napalm in Vietnam or died of hunger in Africa***

The lie is then given to this argument as the story unfolds, culminating with the president’s speech explaining his decision to free Jörg.

Having lived in Germany in the early 80’s some of the characters and arguments if not the conclusions remind me of this period.

Schlink is best known for The Reader published in 1995 and filmed by Stephen Daldry in 2008, this book has been reviewed in the last week in French by “La Petite Plume“ 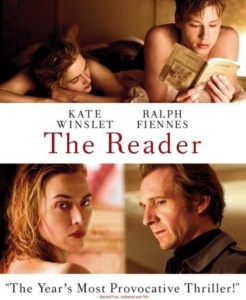