In their first winter together they flew south to a party at a private club in Miami Beach, Jonathan seemed to belong to an extraordinary number of clubs. 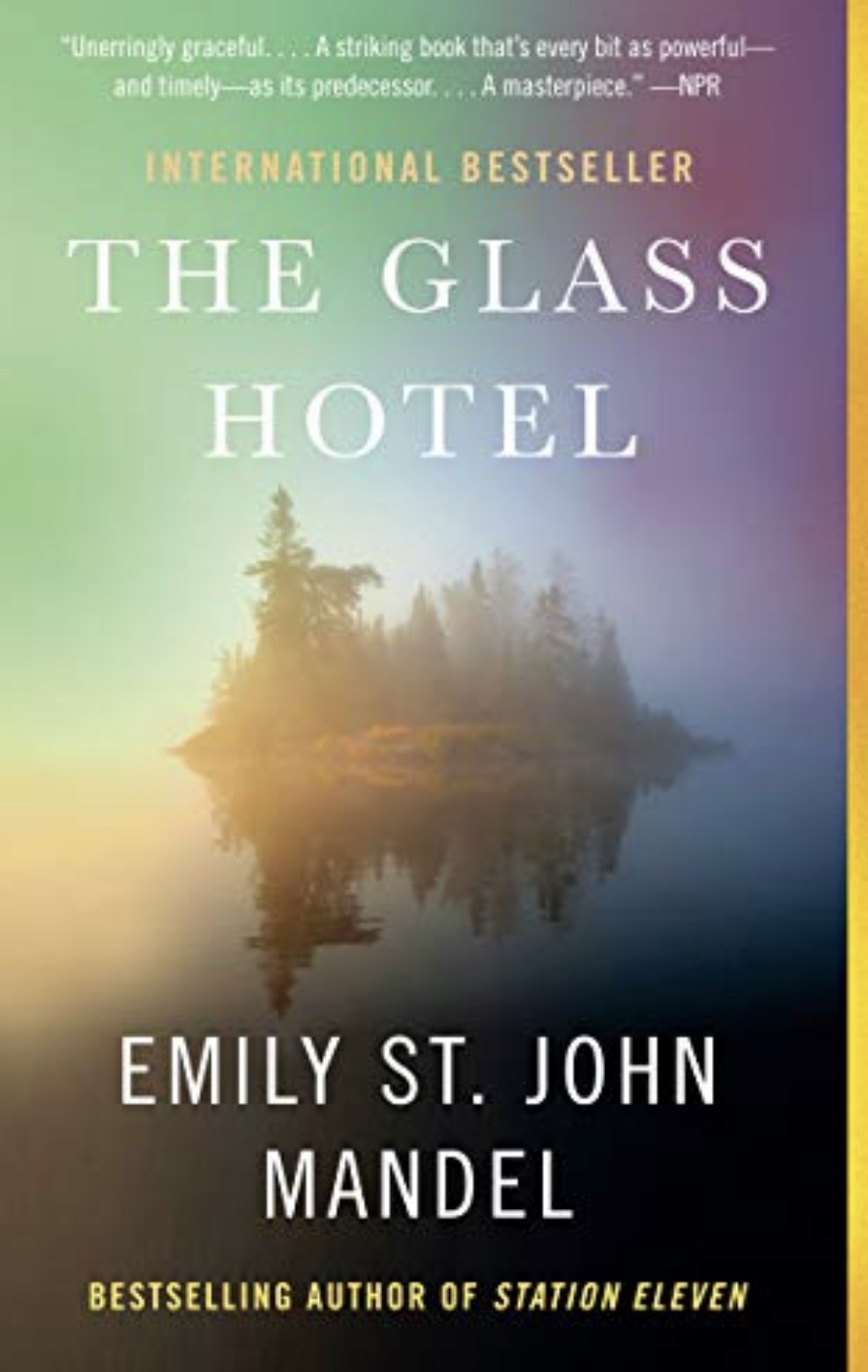 “It’s an expensive hobby,” he told Vincent “but I’ve always had a weakness for places where it seems like time slows down.” Yet another clue that Vincent felt she should have picked up, why exactly did he want time to slow down? Was there something in that statement besides a general awareness of mortality some other inevitability that he felt was rushing towards him?

Who is the New York Financier, Jonathan Alkaitis, if you remember Madoff then you’re sort of getting there. This book is about the people around Alkaitis when the stock market takes a serious tumble in 2008 and anyone running a Ponzi scheme is going to be collateral damage. This novel isn’t so much about the central figure, but about the people around him, about Vincent, who was brought up in a remote area on Vancouver Island, one road with no roads in and no roads out, accessible only by boat. One morning whilst Vincent is just a child, her mother goes out in the kayak and never comes home, this event shapes her and her future. Vincent, beautiful Vincent back home on Vancouver island is working in a bar in the hotel Caiette, owned by Alkaitis, and as he can, he just whisks her off to live with himself. But why would a super rich man do this:

I want you close said Jonathan at the beginning….While he didn’t want to marry Vincent he did feel that wedding rings created an impression of stability, in my line of work he said managing other people’s money, steadiness is everything, if I take you out to dinner with clients it’s better for you to be a beautiful young wife than a beautiful young girlfriend. Does Claire know we’re not married?…Only two people in the world know that, you and me….But what kind of man lies to his daughter about being married? There were aspects of the fairy tale that Vincent was careful not to think about too much at the time and later her memories of those years had an abstracted quality as if she stepped temporarily outside of herself.

Does Vincent know anything about Alkaitis’s true business? Well the opening quote tells us that maybe she should have. Alkaitis knows his run cannot go on forever but his need for investors means that he takes down everyone and anyone around him, even people he is fond of invest with him and some lose everything they own. Leon Prevant, a shipping executive is one, he is unfortunate enough to be on holiday in the hotel Caiette when Alkaidis is there and we understand something of his charisma as he has insights into what Leon must be thinking because of his work. Prevant invests his life’s savings, including his pension with Jonanthan and we then follow Leon’s descent after the collapse. Vincent herself, though, just disappears and as a coincidence finds herself working on one of the ships Prevant used to manage. How does it finish? Well remember how it started when Vincent was a young girl?

In memory I’m back at the La Vu D’Or in the interior of gold and red listening to my least favourite of Jonathan’s investors, talk about a singer, no not a singer a Ponzi scheme, “Couldn’t recognise an opportunity,” Lenny Xavier said talking about the singer “whereas me when I met your husband, when I figured out how his fund worked, that right there was an opportunity and I seized it.” I watched Jonathan’s look of alarm, the way he leaned forward as he spoke, his obvious desperation to stop Lenny from talking. “Let’s not bore our lovely wives with investment talk” and Lenny smirked as he raised his glass “my investment performed better than I could ever have imagined”, he knew but of course I knew too, if not the details of the scheme then the fact that there was a scheme because I’d been pretending to be Jonathan’s wife for months by then, it was just that I’d chosen not to understand.

St John Mandel, a National Book Award for Fiction nominee and an Arthur C Clarke award winner has a smooth floating voice in this novel which slowly pulls you in.

First Published in English as “The Glass Hotel” in 2020 by Picador.