Alaa El Aswany who is probably the best known modern day Egyptian Writer has three novels now translated into French, with the third due to be published in English in the near future. His first two books, The Yakubian Building and Chicago treated modern day themes either in Egypt or amongst the Egyptian expat community. The book I will now describe was then chosen as being from an author I have already read. 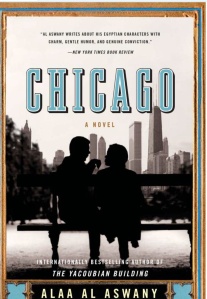 I’ve just finished his third book, L’Automobile Club d’Egypt, This book is set at the end of the 1940’s, at the end of the period of control by a foreign power, in this instance Great Britain. The Egyptian Automobile Club is a microcosm of Egyptian society where the foreign power, the monarchy, the rich and the servants are all present, this club is explored with a particular view through the eyes of an Egyptian Family.

As we get into the book, the seemingly arbitrary nature of life and death seems to counterbalance the continual references to as god wishes or as the prophet wishes etc. We are presented with a society that knows  injustice, passion, corruption and the solidarity required to continue living through arbitrary life threatening events.

We feel the loss of grip on the people of the last Egyptian monarchy through the events that unroll at the Club. 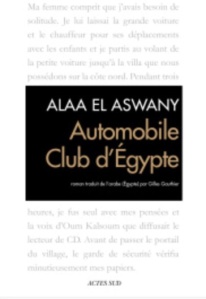 The book took me longer than usual to read but was a true window into another world, well worth the read